Our upper elementary program for ages 9 to12 continues the unfoldment of Cosmic Education, building upon the foundation from lower elementary. As the children advance through the grades, more responsibilities and opportunities are provided to them.

Our three-year program is based on Maria Montessori’s method for what she referred to as the second half of the second developmental plane. Her first plane of development covered birth to age six. The second plane extends from age six to twelve, and the third plane is from twelve to eighteen.

Our upper elementary students are consolidating their childhood development, leading up to the cusp of adolescence. The three-year, multi-age classroom is a hallmark of authentic Montessori schools. Our 4th year students are excited about joining the older children and the advanced subjects at this level; the 5th-years, who are coming into their own now, are typically our more confident and conscientious Upper El workers; while the 6th-year “elders” spend their third year with us developing and applying their leadership skills while expanding their expertise within the enriched elements of the curriculum.

“Montessori classrooms work well when the teacher understands the necessity of continually appealing to children’s innate behaviors that lead to their adaptation to society and, ultimately, the possibility of changing that society.”   — Paula Polk Lillard, Author on Montessori

In the second plane of development, the years from six to twelve in a child’s life, Montessori ascribed the goal of Cosmic Education to guide the child toward an initial examination of the question ‘Who am I?’

In their book, Children of the Universe: Cosmic Education in the Montessori Elementary Classroom, Michael & D’Neil Duffy propose that “This seemingly simple question is actually one of the most profound metaphysical questions we can pose about the nature of life and self.” It is a time of imagination and collaboration. 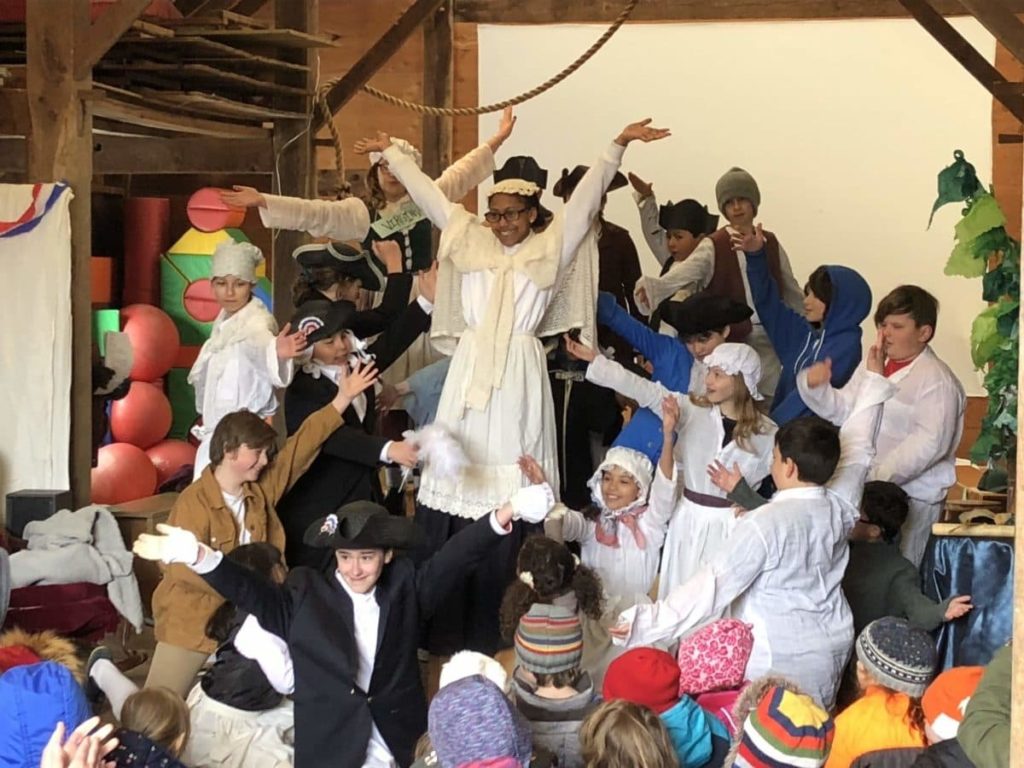 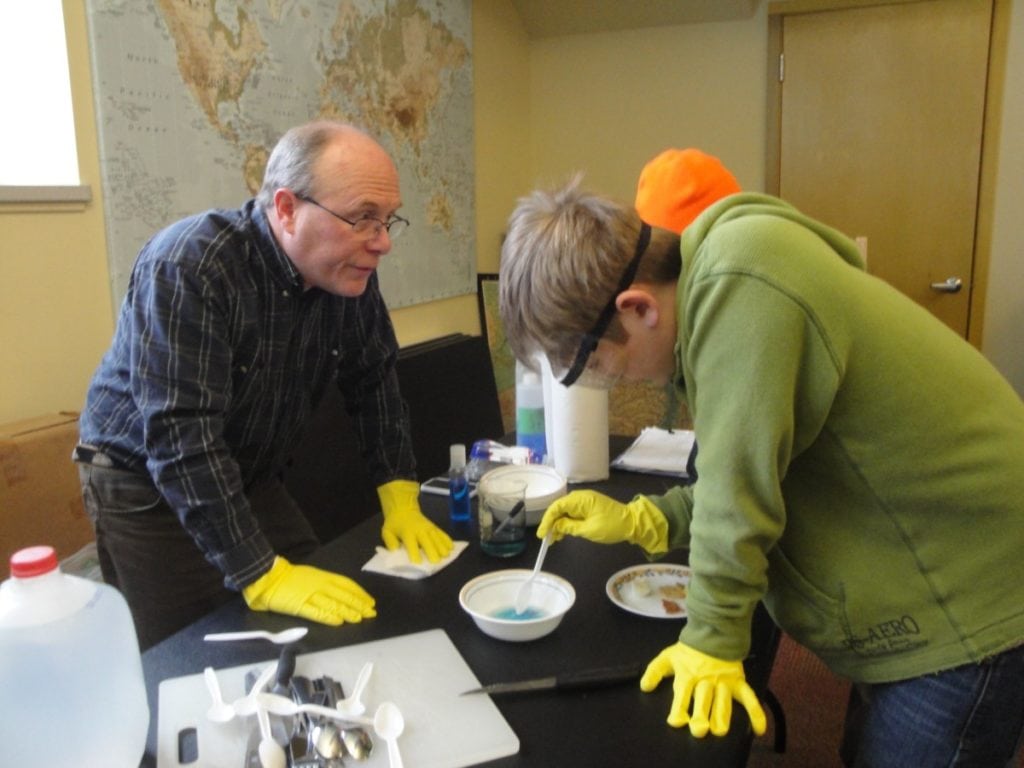 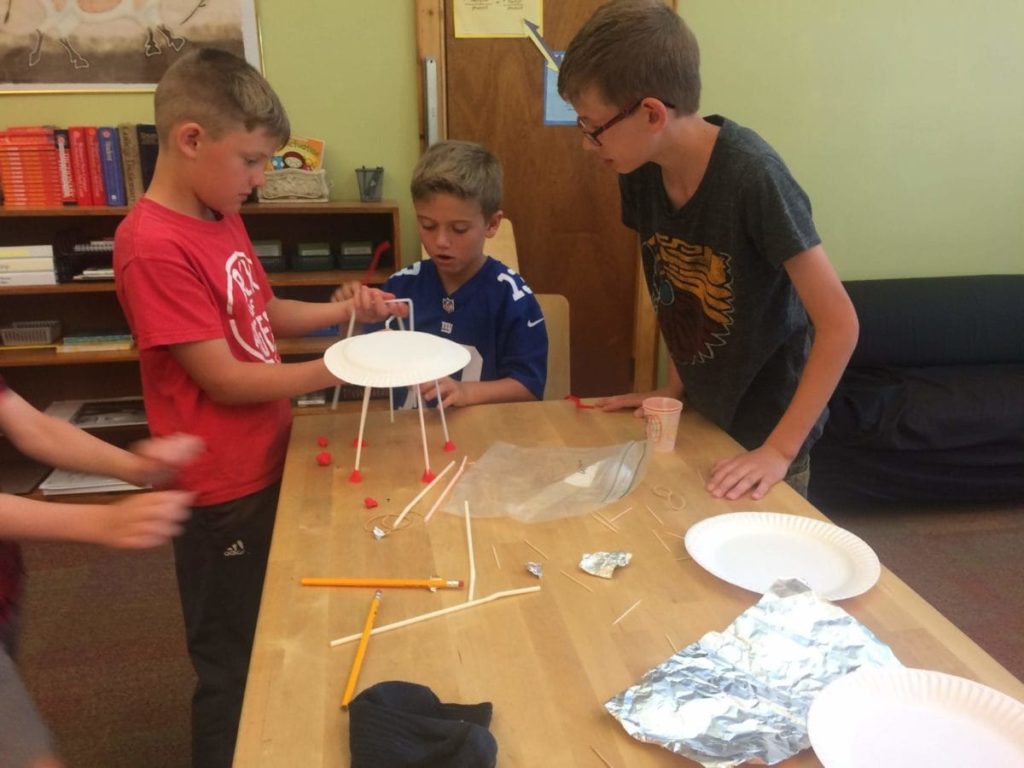 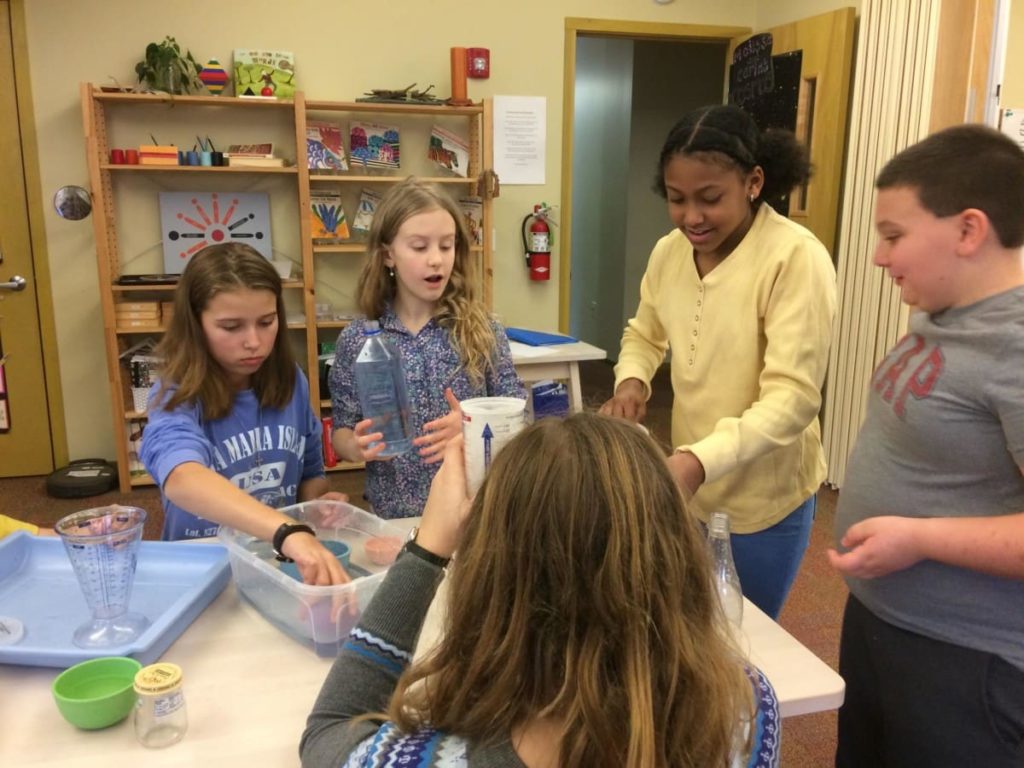 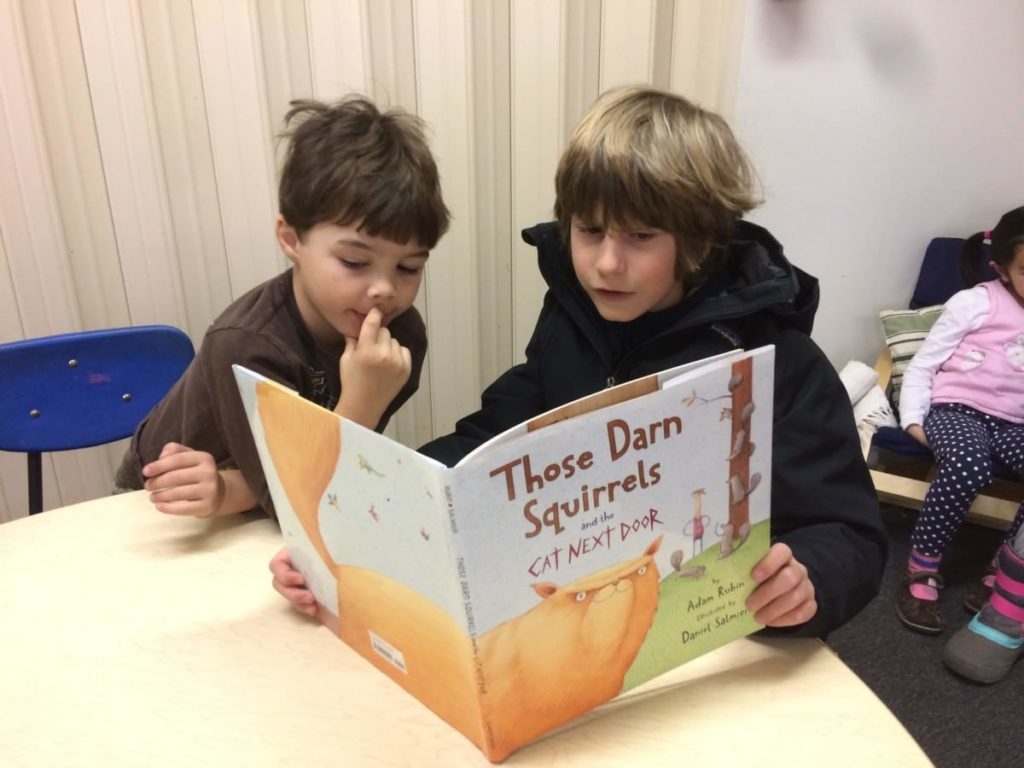 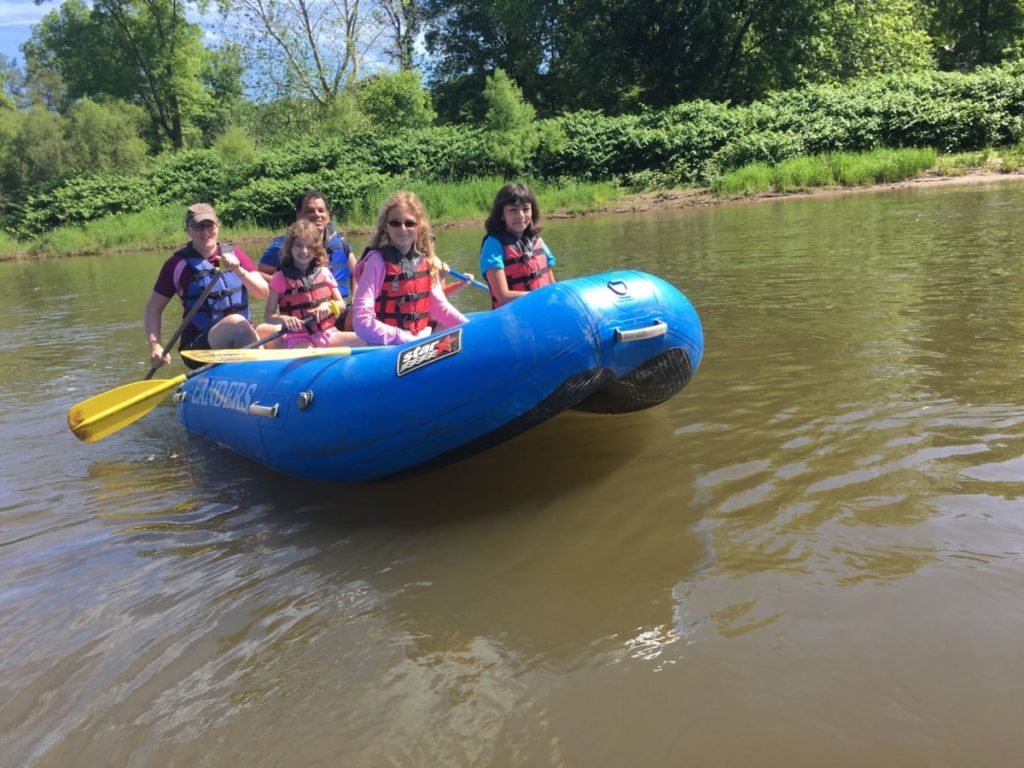 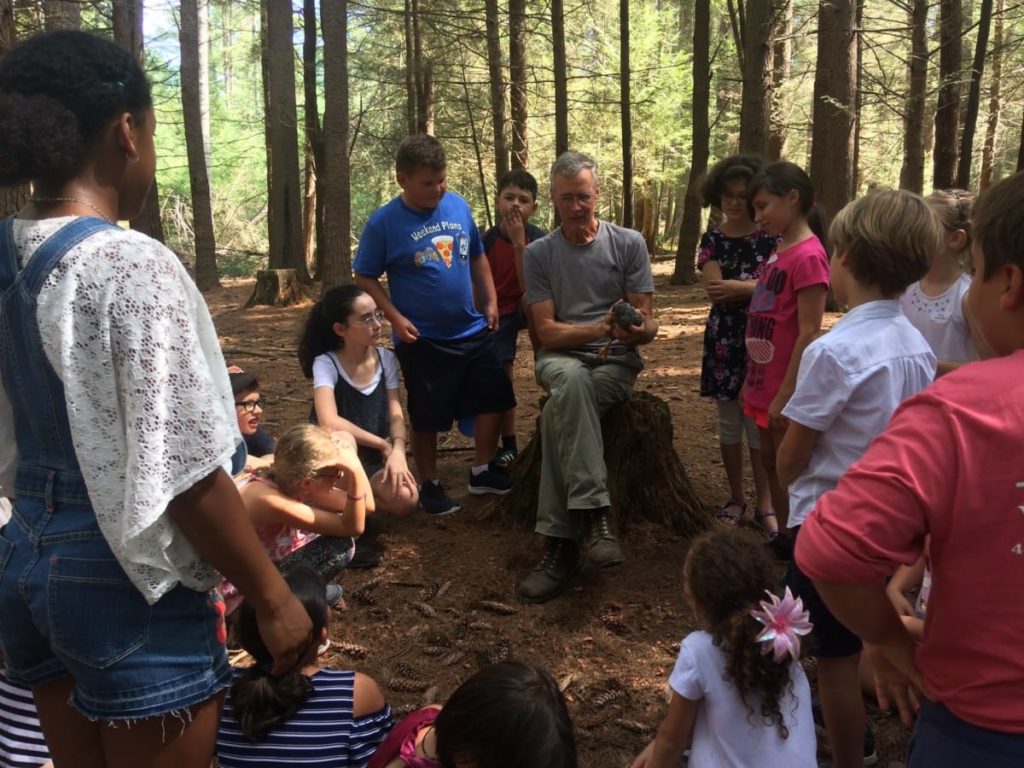 Montessori was in her seventies during the 1940s when World War II broke out across Europe. Her schools had been closed in countries sympathetic to Nazism and fascism, and as an Italian citizen, she had been put under a form of internment in the British colony of India where she had been lecturing with her adult son, Mario. They were allowed to live out those years in a mountainous and pastoral region known as Kodaikanal. It was through this experience of working with children of all situations, living in nature, and taking time to reflect, that the two Montessoris together developed the philosophy they refer to as Cosmic Education. Maria Montessori wrote, “…there must be yet another purpose, a duty to fulfill in harmony with the universe, something to do in the service of the united whole.” It is this notion of the united whole to which cosmic refers, and this purpose is what she would describe as the cosmic task of humans.

At the Homestead School, we are blessed with the authentic Montessori materials and an abundant access to nature, which allows us to fully implement this unique aspect of Montessori elementary education. Exploring the combined subjects of big-history, environmental life sciences, as well as world geography and physical science, our students participate in collaborative group projects, including various media such as art, drama, construction, experimentation, and written expression. They come to understand how everything is interconnected and interdependent.

The academic subjects covered by our Cosmic Curriculum over its three-year cycle include: human evolution and the migrations of early humans, the timeline of the Holocene and the great civilizations, prehistoric native Americans and the indigenous people of North America, and American history; the vital functions of animals, the vital functions of plants, advanced classification and taxonomy, and human biology; the physics of simple machines, astronomy, chemistry, stellar nucleosynthesis, and Earth sciences with the work of air and the work of water. World geography is also a component, with students mapping the continents and countries.

At the Upper Elementary level, we foster personal responsibility for the students’ work. The work journal (or planner) is their main tool to track work assignments and help develop organizational & time-management skills. Students receive lessons in writing, grammar, math, and geometry throughout the week, and manage their own follow-up assignments during independent work time. Intellectually and academically, this is the stage for “automaticity” (the ability to do things without occupying the mind with low-level details; automatic response patterns and habits) so that one can develop higher-level thinking skills. 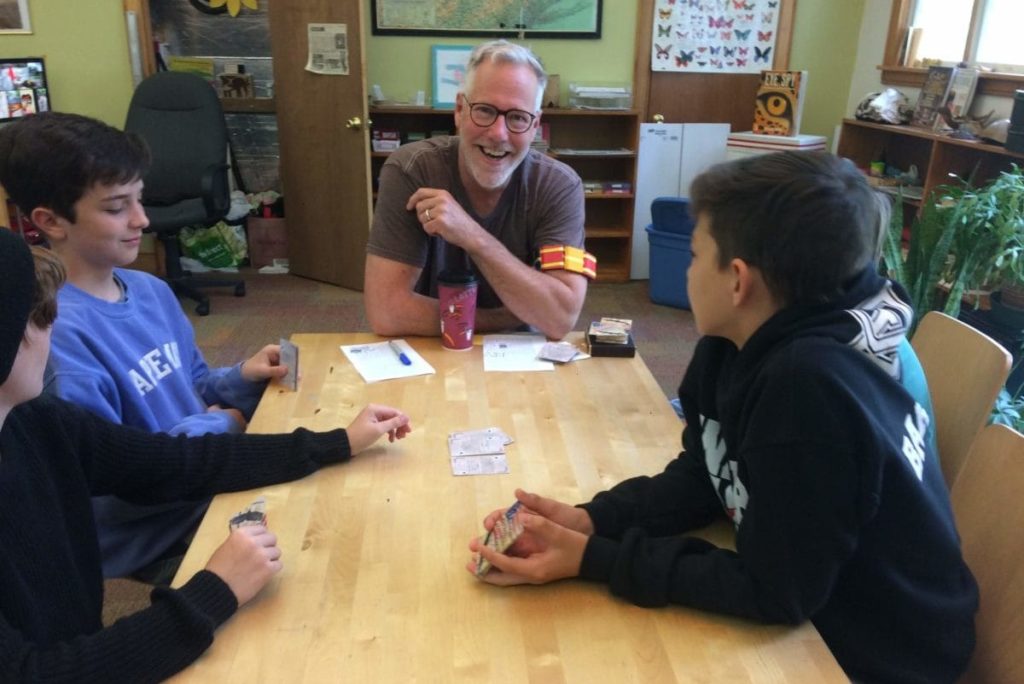 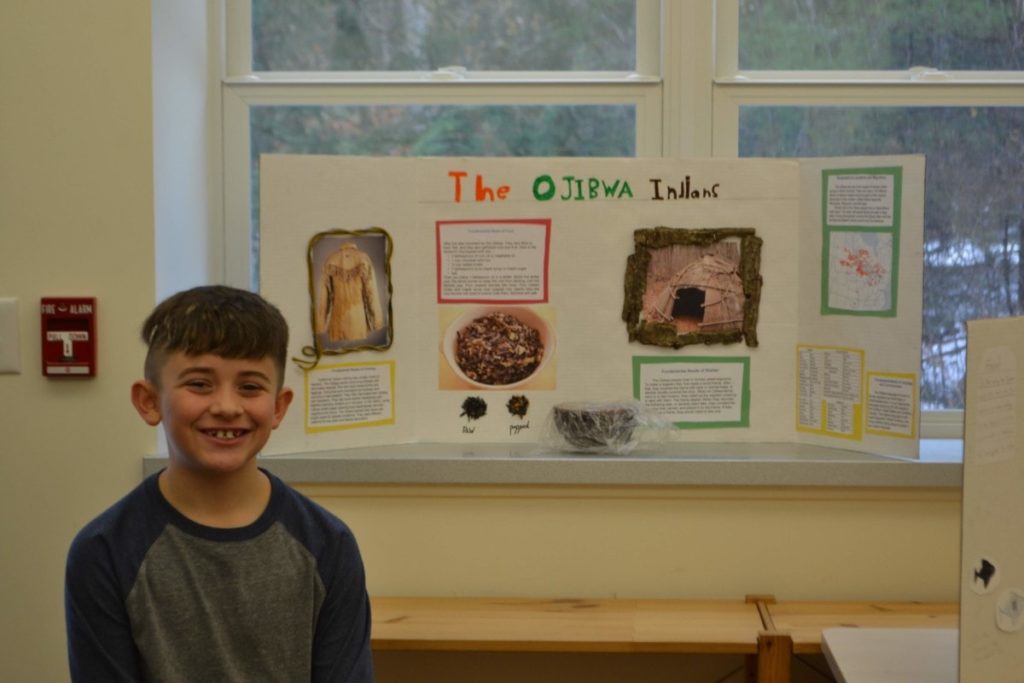 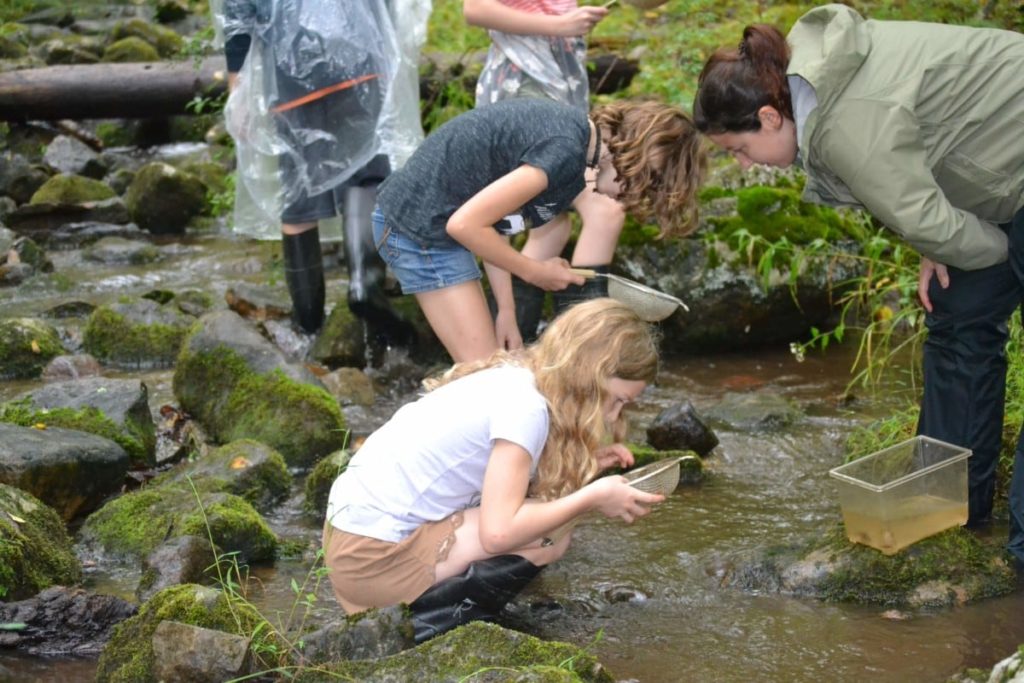 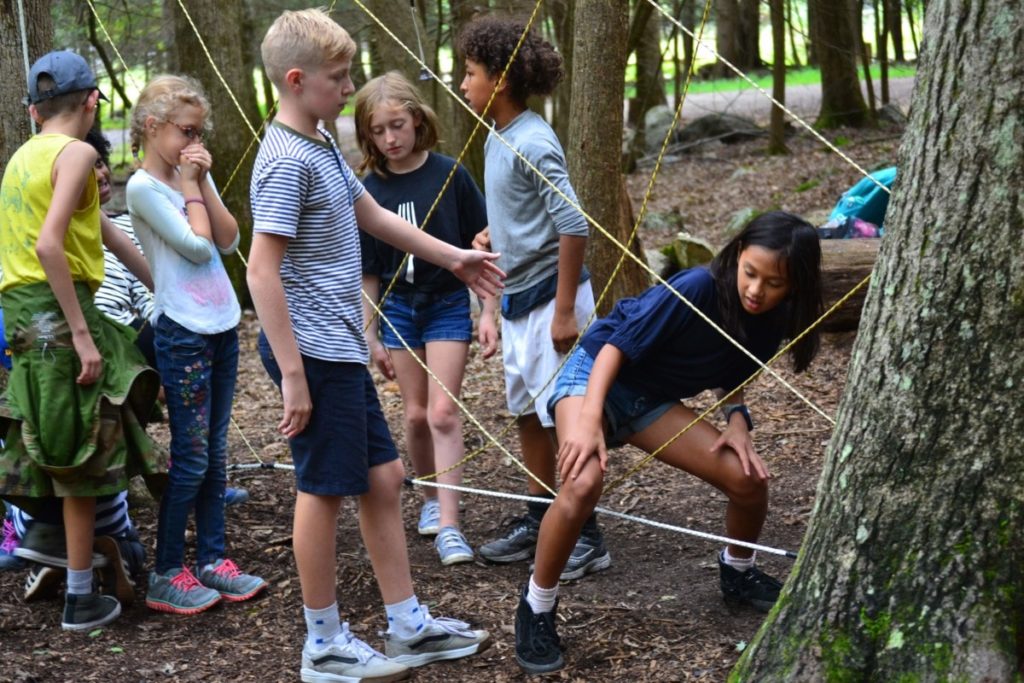 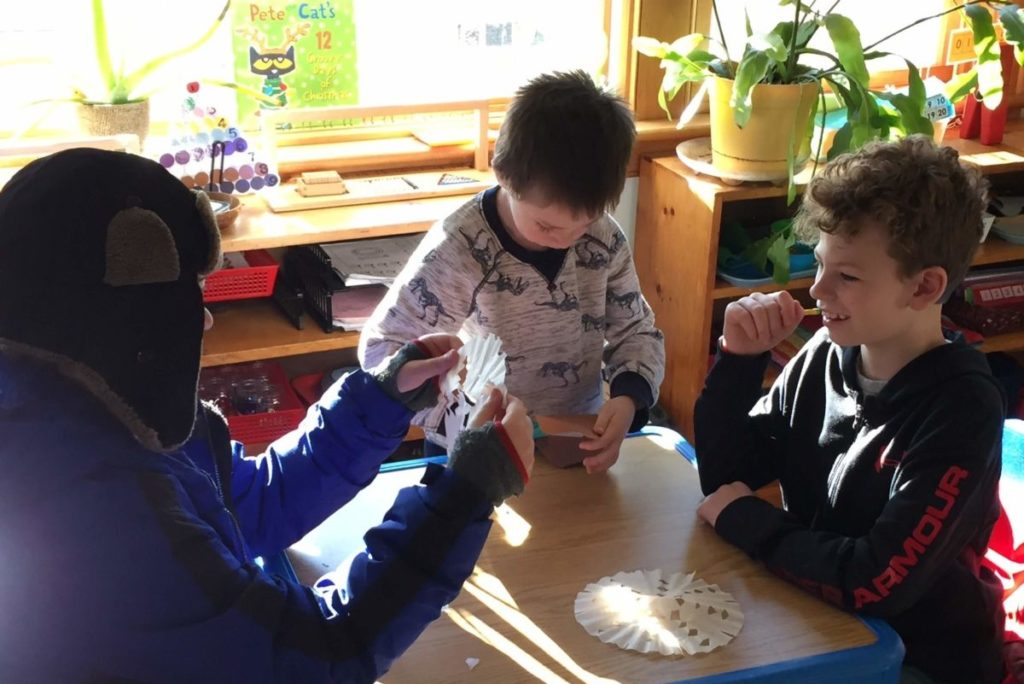 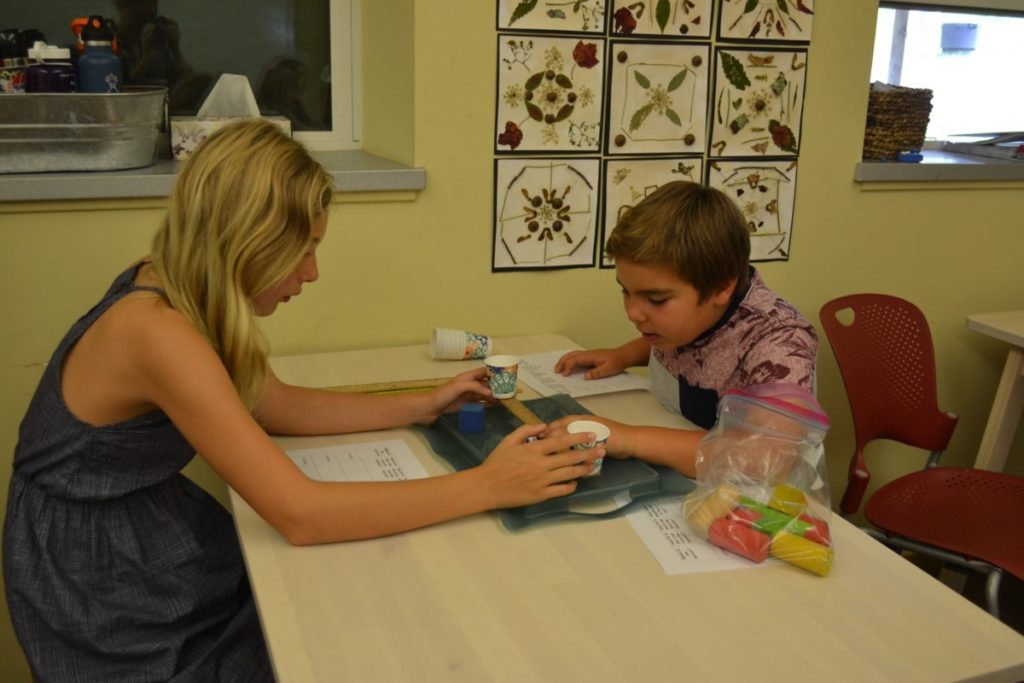 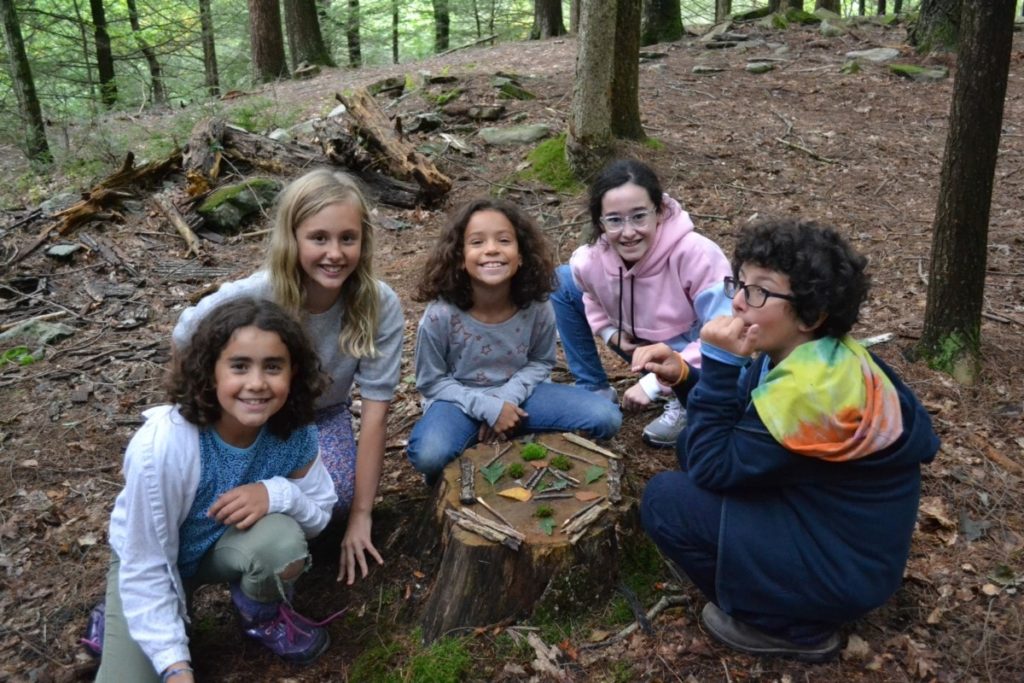 Repetitive, rhythmic movements, such as jumping rope or other calisthenics, help many children strengthen the automatic response pattern. Memorizing math facts and other lists, such as a continent’s countries and capitals, or historical figures, as well as reciting poems and learning lines from a play, are also developmentally appropriate for the 9-12-year-old.

In her 1948 book titled To Educate the Human Potential, Maria Montessori said, “Knowledge can best be given where there is eagerness to learn, so this is the period when the seed of everything can be sown, the child’s mind being like a fertile field, ready to receive what will germinate into culture…” But even in her time, it would be an impossibility to give the details of all human knowledge, so she devised her special methods and materials to introduce all subjects to the elementary child. Again she wrote, “not in a syllabus to be imposed on him, or with exactitude of detail, but in the broadcasting of the maximum number of seeds of interest. These will be held lightly in the mind, but will be capable of later germination, as the will becomes more directive, and thus he may become an individual suited to these expansive times.”

In addition to the academic subjects covered by our Cosmic Curriculum, upper elementary students are exposed to a full complement of advanced studies. Our math curriculum includes multiples, factors, divisibility, multiplication and division with multi-digit whole numbers, equivalent fractions, advanced operations with decimals and fractions, problem solving, polynomials, algebraic expressions, squaring and square roots, cubing, and multi-based math. We also study congruency, similarity and equivalence, polygons, advanced equivalence, and formulas for both area and volume, as well as the Pythagorean theorem in geometry.

Socially and emotionally, the 9-12-year-old is looking to become more independent and autonomous. They are moving away from the family and toward peer social groupings. In school, we translate these developmental tendencies into an emphasis on community through our advisor groups, cooperative group lessons, and full Upper Elementary level class meetings and activities.

We all need refuge from the stresses of the world today, even our students. That is why peace and mindfulness practices are a part of our daily routines at the Homestead.

Montessori also spoke to this need for being part of the larger world when she encouraged “going out trips” for elementary-aged children. We begin each new school year with a community-building overnight trip to one of the excellent outdoor environmental education centers in our region. Previous years have taken us to the Pocono Environmental Education Center, the New Jersey School of Conservation, and the Princeton-Blairstown Center. We also complement our Cosmic Curriculum with several day trips throughout the year. Our upper elementary Homestead families also join together for an annual overnight trip to a ski resort in Massachusetts and a three-day culminating class trip.

Another form of this expanded awareness extends itself as a desire to offer community service. We are pleased with how our Upper Elementary students have contributed to this effort over the years through a number of service projects to benefit our environment, our fellow Homestead students, and children in need both at home and abroad.