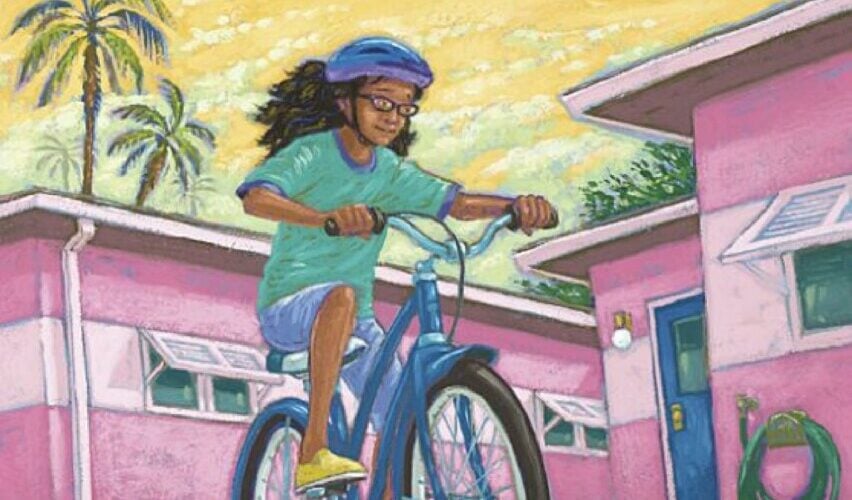 The importance of history and reading (so you don’t do the same “stupid stuff” again) is at the heart of this achingly funny romp through a dying New Deal town. While mopping up epic nose bleeds, Jack narrates this screw-ball mystery in an endearing and believable voice.

“Who knew obituaries and old lady death could be this funny and this tender?” said Newbery Medal Committee Chair Viki Ash.

2011: Moon Over Manifest by Clare Vanderpool

The importance of history and reading (so you don’t do the same “stupid stuff” again) is at the heart of this achingly funny romp through a dying New Deal town. While mopping up The town of Manifest is based on Frontenac, Kan., the home of debut author Clare Vanderpool’s maternal grandparents. Vanderpool was inspired to write about what the idea of “home” might look like to a girl who had grown up riding the rails.

“Vanderpool illustrates the importance of stories as a way for children to understand the past, inform the present and provide hope for the future,” said Newbery Medal Committee Chair Cynthia K. Richey.

2010: When You Reach Me by Rebecca Stead

Twelve-year-old Miranda encounters shifting friendships, a sudden punch, a strange homeless man and mysterious notes that hint at knowledge of the future. These and other seemingly random events converge in a brilliantly constructed plot.

“Like A Wrinkle in Time (Miranda’s favorite book), When You Reach Me far surpasses the usual whodunit or sci-fi adventure to become an incandescent exploration of ‘life, death, and the beauty of it all.'” —The Washington Post

2009: The Graveyard Book by Neil Gaiman

A delicious mix of murder, fantasy, humor and human longing, the tale of Nobody Owens is told in magical, haunting prose. A child marked for death by an ancient league of assassins escapes into an abandoned graveyard, where he is reared and protected by its spirit denizens.

“A child named Nobody, an assassin, a graveyard and the dead are the perfect combination in this deliciously creepy tale, which is sometimes humorous, sometimes haunting and sometimes surprising,” said Newbery Committee Chair Rose V. Treviño.

In “Good Masters! Sweet Ladies! Voices from a Medieval Village,” thirteenth-century England springs to life using 21 dramatic individual narratives that introduce young inhabitants of village and manor; from Hugo, the lord’s nephew, to Nelly, the sniggler. Schlitz’s elegant monologues and dialogues draw back the curtain on the period, revealing character and relationships, hinting at stories untold. Explanatory interludes add information and round out this historical and theatrical presentation.

“Schlitz adds a new dimension to books for young readers – performance,” said Committee Chair Nina Lindsay. “Varied poetic forms and styles offer humor, pathos and true insight into the human condition. Each entry is superb in itself, and together the pieces create a pageant that transports readers to a different time and place.”

2007: The Higher Power of Lucky by Susan Patron

“‘Lucky’ is a perfectly nuanced blend of adventure, survival (emotional and physical) and hilarious character study… as well as a blueprint for a self-examined life,” said Newbery Medal Committee Chair Jeri Kladder. “Through Lucky’s experiences, we are reminded that children support one another just as needy adults do.”

Criss Cross follows the lives of four 14-year-olds in a small town, each at their own crossroads. This ensemble cast explores new thoughts and feelings in their quest to find the meaning of life and love.

“In 38 brief chapters, this poetic, postmodern novel experiments with a variety of styles: haiku, song lyrics, question-and-answer dialogue and split-screen scenarios. With seeming yet deliberate randomness, Perkins writes an orderly, innovative, and risk-taking book in which nothing happens and everything happens.” Award Committee Chair Barbara Barstow

Two sisters lie on their backs, watching the stars and repeating the Japanese word for “glittering” – “kira-kira.” Like this quiet opening scene, Kadohata’s tenderly nuanced novel glitters with plain and poignant words that describe the strong love within a Japanese American family from the point of view of younger sister Katie. Personal challenges and family tragedy are set against the oppressive social climate of the South during the 1950s and early 1960s.

Katie’s remarkably authentic voice changes to reflect both her deeper understandings and her growing sense of self over a span of almost 10 years.

2004: The Tale of Despereaux by Kate DiCamillo

“The Tale of Despereaux” draws the reader into an enchanting account of a smaller-than-usual mouse in love with music, stories and a princess named Pea. This tiny hero faints at loud noises but gathers the courage to fulfill his dreams.

With character and plot far more complex than the traditional fairy tale, separate stories introduce Despereaux, condemned for talking to the princess; the evil rat, Roscuro, who loves light and soup; and Miggery Sow, a farm girl with royal aspirations. Their fates are threaded together as Despereaux undertakes a hero’s quest that culminates in mice, rats and humans living almost happily ever after. The lyrical language of this distinctive tale is as savory as the palace soup.

With character and plot far more complex than the traditional fairy tale, separate stories “Crispin: The Cross of Lead,” published by Hyperion Books for Children, is an action-filled page-turner set in 14th-century England. “Asta’s son” is the only name the 13-year-old title character has ever known when he is suddenly orphaned and stripped of home and possessions. Accused of murder and wanted dead or alive, Crispin flees his village and falls in with a juggler, Bear, who becomes his protector and teacher. Relentlessly pursued by Crispin’s enemies, the pair flees to solve the mystery of his identity and fight the injustices of feudalism.

Linda Sue Park takes readers to 12th century Korea to tell a timeless story of dedication to one’s dreams and art. Tree-ear, an orphan who lives under a bridge with his wise friend Crane-man, becomes fascinated with a nearby community of potters. Drawn by their exquisite craftsmanship, the adolescent boy begins to assist the master potter Min.

“Tree-ear’s determination and bravery in pursuing his dream of becoming a potter takes readers on a literary journey that demonstrates how courage, honor and perseverance can overcome great odds and bring great happiness.” Kathleen Odean, Newbery Award Selection Committee.

2001: A Year Down Yonder by Richard Peck

This linked series of carefully crafted vignettes is set in rural Illinois during the Depression, when fifteen-year-old Mary Alice leaves Chicago to spend a year with Grandma Dowdel. Her initial apprehension at life in a small town with a scheming old woman gradually gives way to admiration and love as she recognizes the warm heart behind Grandma’s shenanigans.

“Peck’s characters are fully realized, from the quiet widow nursing her war-injured son, to Maxine Patch, running out of Grandma’s house draped only in the biggest snake outside the Brookfield Zoo,” said Caroline S. Parr, chair of the Newbery Award Selection Committee. “These stories will, like Maxine, streak ‘straight into the annals of undying fame'”

Ten-year-old Bud Caldwell runs away from a foster home and begins an unforgettable journey in search of his father. His only clues are old flyers left by his now-deceased mother that point to a legendary jazz bandleader.

“This heartfelt novel resonates with both zest and tenderness as it entertains questions about racism, belonging, love, and hope,” said Carolyn S. Brodie, chair of the Newbery Award Selection Committee. “Bud’s fast-paced first-person account moves with the rhythms of jazz and celebrates life, family, and a child’s indomitable spirit.”