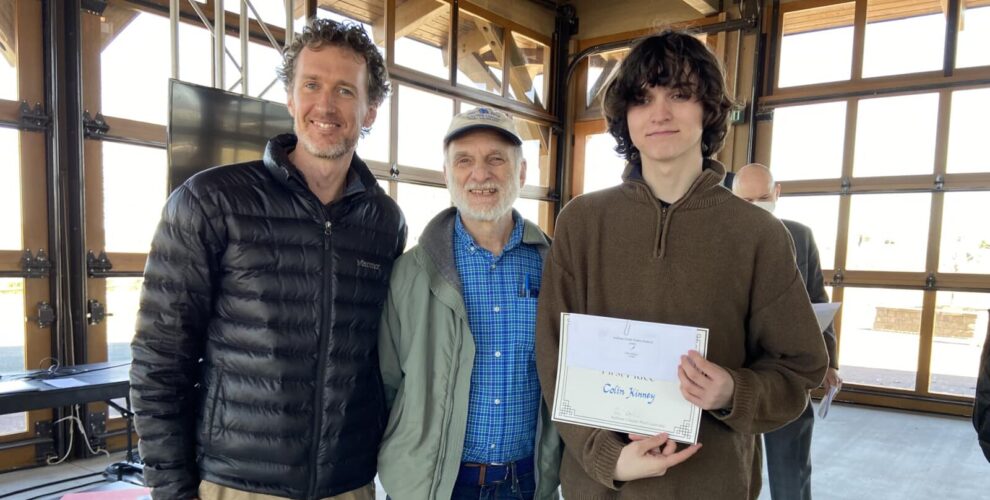 The Sullivan Youth Poetry Festival was held at Bethel Woods Center for the Arts on Saturday, April 2, from 2 to 3 PM and was organized by the Sullivan County Poet Laureate, Eric Baylin. Over seventy students from area schools submitted their poetry, and many of them read their work live at the event. Mr. Baylin said the turnout exceeded his expectations, and the reading had a standing-room-only crowd.

In addition to the two award winners, six other CCHS students submitted poetry, and five of them read their poems in front of the audience. All of the CCHS students who submitted poems were part of a poetry elective. During the elective, they read novels-in-verse, studied classic and modern poetry, and spent time trying out different poetic forms.

Colin Kinney’s poem was inspired by reading a poem by Billy Collins about turning ten, and then reflecting on his own childhood memories. Colin’s poem exhibits an outstanding use of specific imagery in contrast to the generalities many young poets tend to focus on. His poem evokes a strong mood, uses beautiful alliteration, and invites the reader to question the way memories evolve.

Here is Collin’s poem in his voice:

Sindhu Villareal’s poem, “Sestina”, uses a complex poetic form where the poet ends each line with one of six words, varying the pattern with each stanza. It’s a challenging piece of poetic wordplay, and was inspired by David Elliot’s novel-in-verse, Voices. Elliot uses forms such as the sestina, rondel, triolet, and others to tell the story of Joan-of-Arc’s life. Students read the poems in class and then tried the forms out themselves.

A Wish for the Magic you Seek