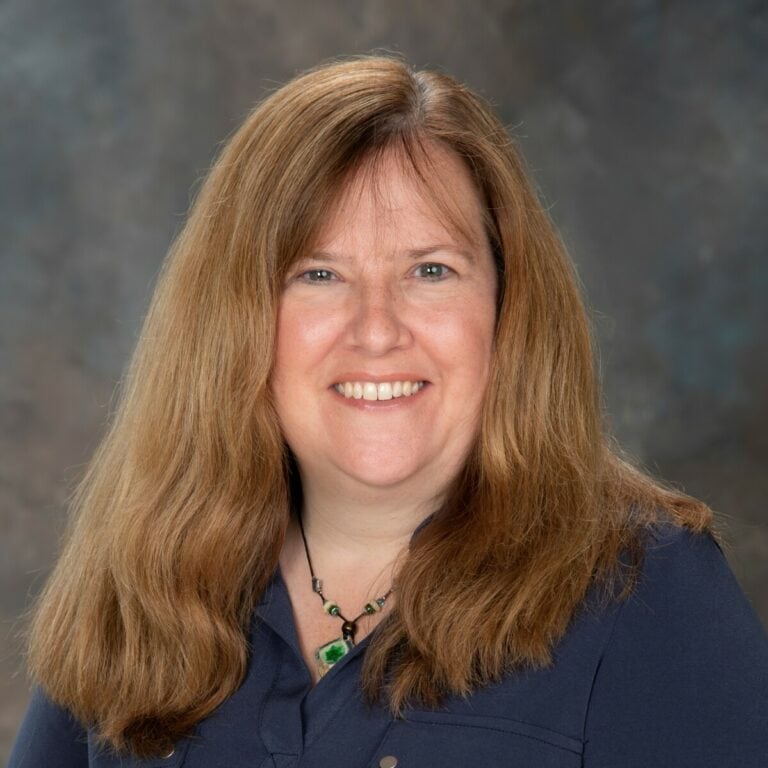 Kelly Adams (K.L. Going) is an award-winning author whose numerous books for children and teens have been published worldwide and adapted for film and stage. As an author, she has spoken at schools, libraries, and universities around the country. Kelly joined the Homestead team in 2016 and teaches Language Arts, Creative Writing to Junior High students. She also works as a freelance editor and leads workshops for the Highlights Foundation.

Her first novel, Fat Kid Rules the World, was named a Michael Printz Honor Book by the American Library Association, and was included on YALSA’s Best Books for Young Adults list and their list of Best Books for the Past Decade. Her books have been Booksense picks, Scholastic Book Club choices, Junior Library Guild selections, and winners of state book awards. They’ve been featured by Publishers Weekly, School Library Journal, Kirkus, and Children’s Book Council as Best Books of the Year. Her novel The Liberation of Gabriel King was an International Reading Association notable pick. Fat Kid Rules the World was made into an independent film that premiered at the SXSW film festival where it won an Audience Award, and it’s currently being workshopped for Broadway. Her novel King of the Screwups has been optioned for television, and The Next Great Jane has been optioned for animation.

“I love getting to know the kids and sharing my passion for reading and writing. Adolescents are at a perfect age where they can think deeply and yet still enjoy being kids.”